That They May Be One Story

That They May Be One Story

That They May Be One

“And now I am no longer in the world, but they are in the world, and I am coming to you. Holy Father, protect them in your name that you have given me, so that they may be one, as we are one.”

You may remember that when, a couple of weeks back, we looked at an earlier section of this speech given by Jesus, I prefaced my thoughts with a few famous last words – that is, final quotes from women and men who were about to meet their maker. Since then I’ve found a few more!

“Charlie Brown, Snoopy, Linus, Lucy … how can I ever forget them…”

“I am about to – or I am going to – die: either expression is correct.” (Dominique Bouhours – famous Frerammarian)

I confess that the last quote is my favorite. There truly was a man who died as he lived – a pedant to the end! 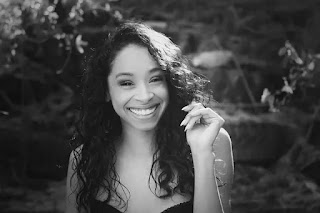 The relevance of these quotes, for those who were not here two weeks back, is that we have been dealing with Jesus’ last words – not His last words (so to speak), as spoken from the cross, but words spoken at His last supper – words that form a dialogue generally referred to as ‘the last discourse’.

And if it weren’t Pentecost Sunday next week we might be dealing with it next week too, for the last discourse of Jesus in the book of John nearly covers five chapters.

That’s worth reflecting on in its own right, as that’s almost a quarter of the whole book!

The compilers of the book of John, at the very end of the Gospel, note that there were a lot of things that Jesus did and said and that if they’d recorded them all there wouldn’t have been enough room across the entire Middle East to store all the books.

Which was no doubt an exaggeration, but it was certainly also an indication of the fact that those who put together this collection of the words and works of Jesus picked and chose very carefully what they should include and what they should exclude.

And this makes it all the more extraordinary, I think, that these people chose to include so much of the last discourse of Jesus, such that it almost takes up one-quarter of the entire book!

And yet, at the same time, it’s very true to life, for as we have already noted, whatever it is that we like to remember about the life of a person we love, we inevitably like to remember their final words to us.

Those who know me at all know that my memory is terrible. I forget names and I forget faces and I forget to do my fly-up… all the time! I’m told that the final stage after forgetting names, faces, and fly up is to forget when you need to pull it down. Thankfully I haven’t quite reached that stage of decrepitude yet, and yet I sense it is fast approaching.

And of course, I can laugh about it and I can blame it on the hits to the head but, in truth, I do find it genuinely disturbing that memories that are important to me, such as the good times I spent with my dad, are becoming increasingly hazy!

It was only ten years ago that he died and yet there is so much there in the store of memories that I am losing. And this is painful, yet, even so, I take some comfort in the fact that while there are so many moments with dad that I now can’t remember well, I remember the last moments I spent with him very well! I can’t remember everything he said to me now but I certainly remember the last things he said to me!

Indeed, that’s even true of my mum. She died when I was a teenager and that seems like ten lifetimes ago, and yet, in truth, while there is a lot I have forgotten about those days with my mum, I do remember those last days.

And so, likewise, we find that the disciples of Jesus, when they started compiling and writing down the various things that their beloved Lord had said to them, remembered with particular clarity the last things He had said to them, and so they quoted Him lovingly and at length, even though a lot of what He said on that occasion was repetitive!

Indeed, if you read through the entire final discourse, starting in John chapter 13 and going all the way through to the end of chapter 17, you’ll find that there were only three key things that Jesus was trying to communicate:

He warned them about the impending violence

He promised them that He would not abandon them

He prayed that, when He had gone, they would be there for each other

And it’s on that final note that today’s passage concludes:

“And now I am no longer in the world, but they are in the world, and I am coming to you. Holy Father, protect them in your name that you have given me, so that they may be one, as we are one.”

And this prayer for oneness that Jesus prays is beautiful and powerful, yet not easy to interpret! Many of us who work in the ecumenical movement like to quote this verse as a clear indicator of Jesus’ wish that all of us who call ourselves Christians should be working together in peace and mutual trust.

And yet other students of the Bible point out that Jesus is praying for a spiritual unity that is like the unity between the Father and the Son, and nothing like an organizational unity between ecclesiastical institutions!

Certainly, it would have been easier if Jesus had prayed that we are one as the Roman army is one – fighting together as a single disciplined unit.

It would have been easier if He had prayed that we are one as the Sanhedrin of His day was one because they all cast their vote the way the High Priest told them to.

Indeed, it would have been more straightforward had Jesus prayed that we are one as the Third Reich, or even as the Sydney Anglican Diocese, is one (not that I mean to conflate the two, of course, but at least then we’d understand that He was talking about an organizational unity, held together by strong leadership and a rigid set of rules)!

And if He had said any of these things, I’m sure His disciples would have remembered them, as they did remember this discourse very well!

Jesus said nothing quite so straightforward, and yet He did repeat the prayer a little further on in the same chapter, and expand on it:

“that they may all be one. Just as you, Father, are in me and I am in you, may they also be one in us, so that the world may believe that you sent me. I have given them the glory that you gave me, so that they may be one, just as we are one.

I am in them, and you are in me. May they be completely one, so that the world may know that you sent me and that you have loved them as you loved me.”

Certainly, the unity between believers that Jesus spoke about is a spiritual unity, and one not only modeled on the mysterious spiritual union between the Father and Son but a unity with each other that is intrinsically dependent on our relationship with the Father and the Son.

So, yes, it is a mysterious spiritual unity, and yet at the same time, it is something entirely visible, as Jesus’ prayer is for an oneness that will lead the rest of the world to believe in Him!

In truth, I can’t read this passage without being reminded of a story I once heard from the great Henri Nouwen, who wrote about a fellow man of faith that he met and talked to on a train trip one day.

And though they only dialogued for a relatively short time, Nouwen said that when he farewelled his new friend it was as if they’d known each other for years. His friend explained, “That’s the Christ in you recognizing the Christ in me!”, and added; “Now all that lies between us is holy ground!”

This is the unity that is made available to us in Christ, where, by the Spirit of God, we can see beyond the color of our brother’s skin, where we can see past a person’s race and accent and sexual orientation, and even past a person’s sad history of moral failure, to see Christ!

This, I believe, is what distinguishes a true Christian community from most forms of the human community, which are generally made up of homogeneous units.

I don’t know how much of all this the disciples took in at their last supper. They remembered Jesus’ words, certainly, but I don’t think they were able to envisage at all the path Jesus was setting them on!

But it didn’t matter, because they knew they could trust Jesus. After all, they knew that His ultimate concern was for them and that He would not abandon them.

Indeed, this is the most startling point of contrast between the last words of Jesus and those other famous last words that we began with.

Augustus’ statement: “I found Rome brick, I leave it marble.” Indicates very well what he was thinking about on his deathbed – himself!

He was thinking about all that he had done and accomplished, as were the other two characters I quoted from. And that’s not a bad thing necessarily. It’s a very human thing. Even so, it is equally clear what Jesus was focusing on in His last words – He was thinking about us!

And so it has been with all the greatest women and men that I have farewelled from this world. What have they been thinking about on their deathbeds? Their children – those that they are leaving behind.

I’ll never forget the final days of Bob Thomas – a great man of great faith in whom one could not but recognize the presence of the Spirit of Christ. And what was dear Bob most concerned about on his deathbed? He was trying to bring his two warring daughters together so that they might be one.

And so, likewise, Jesus prays for us:

“Holy Father, protect them in your name that you have given me, so that they may be one, as we are one.”

Visit the main site of KetoPrice to read the full post and know more and more…
Share It With Others...

Most Popular In USA

Most Popular In UK

Uh Oh! Are You Confused...
Looks like you are confused, no problem you can go with reliable keto supplements that are tusted by thousands...

Note: This is not the official website neither we are the owner, manufacturer, or distributer of the keto products on this site. We do our best to keep the price details of keto products up to dated but still price seen on this site may vary. Before making any action you should do your own research and read the product's terms and conditions on their official website. Dismiss